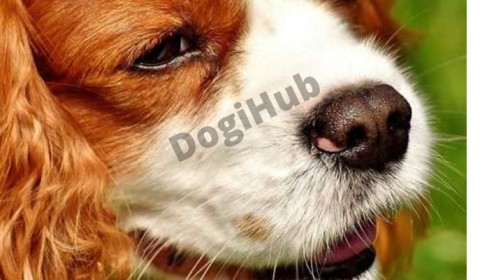 Dogs are notorious for getting their noses dirty. But have you ever seen your Dog Blowing Air Out Nose? If not, it’s a spectacle worth seeing! Dogs will often blow air out of their noses when they’re trying to get rid of an object or irritant that’s stuck in their nasal passage.

It’s a pretty funny sight and something that all dog owners should be aware of. In this blog post, we’ll discuss why dogs blow air out of their noses and what you can do if your dog is having difficulty breathing.

What Cause Dog Blowing Air Out Nose:

There are many potential causes of a dog blowing air out its nose, but the most common reasons are related to the respiratory system. Some of the more common causes include:

Upper respiratory infections are the most common type of infection that can cause a dog to blow air out its nose. Infections can be caused by viruses, bacteria, or fungi and can result in congestion, sneezing, and difficulty breathing.

Dogs can develop allergies to a variety of environmental factors, including pollen, dust, and pet dander. Allergic reactions can cause a dog to sneeze, wheeze, and blow air out its nose.

Dogs are notorious for getting things stuck in their noses. Small objects such as grass seeds, insects, and pieces of plastic can become lodged in the nasal passage and can cause a dog to blow air out its nose.

Anytime your dog has a problem with its respiratory system, it’s important to take it to the veterinarian for diagnosis and treatment.

What Are The Symptoms Of Dog Blowing Air Out Nose:

If your dog is blowing air out of his nose, there are a few things you can look for to determine whether or not he’s having trouble breathing. some symptoms include.

If your dog is having trouble breathing, you might notice that he’s breathing with his mouth open. or blowing air from his nose.

If your dog is really struggling to breathe, you might hear him gasping for air.

Wheezing is a common sign of respiratory distress in dogs.

Dogs might produce mucus when they’re having trouble breathing. Because mucus blocks the throat and the dog feels trouble while breathing.

If your dog is exhibiting any of these symptoms, it’s important to take him to the veterinarian as soon as possible.

How To Help Your Dog When He’s Blowing Air Out His Nose:

If your dog is blowing air out of his nose, there are a few things you can do to help him breathe easier.

1. Remove any objects or irritants from your dog’s nasal passage.

2. Cool your dog down by spraying him with water or putting him in the shade.

3. Give your dog oxygen if he’s having trouble breathing.

4. Take your dog to the veterinarian if his symptoms persist.

5. Keep your dog away from things that might cause him to have a nosebleed.

Dogs blowing air out their noses is a common occurrence and is usually nothing to worry about. However, if your dog is exhibiting other symptoms such as discharge from the nose, sneezing, or coughing.

t’s best to take them to the veterinarian for a check-up. For the majority of pet owners, watching their dog blow its nose is just a regular part of life. But for those who may not be familiar with this phenomenon.

1. What could be causing your dog to blow air out its nose?

Answer: There are many potential causes of nasal discharge in dogs, some more serious than others. Some common causes include infections (bacterial, viral, or fungal), allergies, polyps, and foreign objects in the nose.

2. How can you tell if your dog’s blowing air out its nose is a serious problem?

Answer: If your dog is blowing air out its nose, it could be a sign of a serious problem. If your dog is showing other signs of illness, such as lethargy, lack of appetite, or difficulty breathing, you should take them to the vet immediately.

3. What are some common causes of dogs blowing air out their noses?

Answer: There are many potential causes of dogs blowing air out their noses, but some of the most common include allergies, a foreign object lodged in the nasal passage, infection or inflammation of the nasal passages, and tumors.

4. When is it necessary to take a dog to the veterinarian for blowing air out of its nose?

Answer: Blowing air out of a dog’s rectum is not a normal bodily function, so it’s necessary to take your dog to the veterinarian whenever it happens. It could be a sign of something serious, like an intestinal blockage or cancer.

5. Are there any home remedies for dogs that are blowing air out their noses?

Answer: There are a few things you can do to help a dog who is blowing air out of its nose. You can try gently wiping the nose with a warm, damp cloth to help loosen any mucous and help the dog breathe easier.